To Twin Scroll or Single | Matching Turbo to your motor 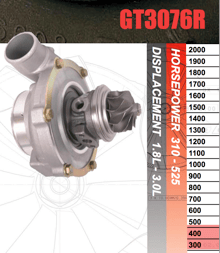 When you make the leap to bigger turbocharger, the questions are many, choose a shop wisely. It will impact how your car drives and lasts.

Turbos are nothing new, but turbo technology is consistently progressing. The latest technology is variable vane or geometry turbos for gasoline engines. These turbos have gas directing vanes that can move to adjust how the exhaust gases flow through the turbo.

As the vanes move, the A/R of the turbine housing changes, increasing spool or top end power. It's like having all the different A/R turbine housings in one. Unfortunately, there are only a few of these turbos on the market and most of them are OEM fitment for a Porsche. Because of this, we don't see too many variable vane turbos in aftermarket applications.

Another turbo technology related to the exhaust housing is TwinScroll Turbos. 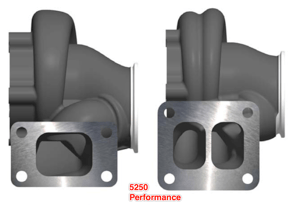 If you have been in the market for a new turbocharged vehicle, you may have seen “Twin-scroll" somewhere in the brochure. This is actually not new tech, but something that is being brought back onto the front lines. Almost every rally car in the 80’s and 90’s had a twin-scroll turbo on it.

Unlike a variable vane turbo, a twinscroll turbo needs special exhaust plumbing to work properly. The idea behind the two scrolls or paths is that consecutive exhaust gas pulses go through alternating paths. So if an engine has a firing order of 1-2-3-4, the first and third cylinder are plumbed to one side and the second and fourth to the other.

By keeping the pulses separate as they pass through the turbo, they cannot interfere with each other. We'll use the analogy of a boxer training on a speed bag. If we only give him one path (one hand) to the bag, he can only hit it so fast. If we let him use two paths (two hands) he can now hit the bag much faster. By keeping completely separate paths, his hands cannot crash into each other and slow things down.

While most cars can benefit from twinscroll technology, certain circumstances can see significant losses. A low A/R turbine housing will spool faster than a larger A/R one, but the larger one will make more top end power.

Most of the turbos we work with fall between 0.55 and 0.85 A/R. The twinscroll versions of these same turbos tend to have A/R's around 1.02 and higher.

On motors where there is significant distance between the exhaust ports and the turbo (Subaru’s) the long piping and high A/R combine for a very slow spooling turbo.

Result on Subarus: There is simply too much exhaust piping to to see a benefit from the twin-scroll. For these engines, we recommend staying with traditional single scroll turbos.