Supercharger Upgrades | Getting better with age 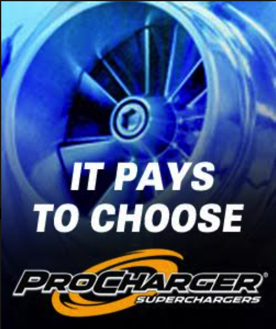 Power Upgrades | Superchargers have been around for a long time.

They were conceived in the mid 1800's as combustion engines were just starting to prove worthy.

You may have heard of a "Roots" style blower. This was actually invented in 1860, but it didn't look anything like a modern one. It wasn't until the 1930's that manufacturing technology caught up with inspiration and supercharges became something you would recognize today.

Innovation is what drives humans forward. We are always trying to figure out a better, faster, stronger way. This is definitely no exception in the automotive world. Turbo and Supercharger companies are always improving their designs and coming up with new novel ideas.

Improved gear drives reduce parasitic losses and increase blower efficiency. Better lubrication systems protect the engine and add thousands of miles of life to these units. The newest aerospace impeller designs move more air at slower speeds and with less heat gain. If you have had a supercharger on your engine for a few years, it may be time to look at some upgrades.

Lubrication is a critical component to any moving part. The higher the loads and the faster the speeds, the more important it is to have a solid lubrication system. Many superchargers share their oil with the engine they are fitted to. This setup seems like a no brainer at first. The engine oil is already pressurized and is even filtered and cooled.

But, there are some serious downsides. While your engine is under high loads, it doesn't spin very fast. You won't find many examples of engines that rev past 20,000 rpm, but superchargers can see speeds of 100,000 rpm or higher. This will require a different oil than an engine. If the supercharger were to have some kind of a failure with it's bearings or gears, metal particulate would be circulated in the oil system into your engine, possibly destroying it.

This is not an issue with a dedicated oil system, which is what you will find on most newer superchargers. 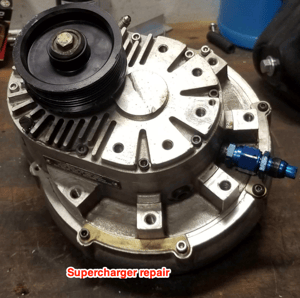 We recently had a customer with an older unit that used a shared oil system. A piece of road debris got caught in his engine bay and kinked the oil drain line coming from his supercharger. A rare event indeed, however one that needed attention.

This caused oil to pool inside the blower and pressure to rise. Pretty quickly, the oil seal blew out and the supercharger was pumping oil into the intake. Lucky he noticed all the smoke and pulled over... it only would have been another minute or two before the supercharger drained the engine of oil and seized it.

Superchargers have gears. Some have many, some have one, some have a full transmission inside them. Early units used very basic straight cut gears. These are very strong and cost effective, but they are loud and inefficient. A modern supercharger will have helical cut gears with a higher standard of engineering. These helical gears are quieter, stronger, and have reduced friction than straight gears from older units.