Subaru Transmissions | Smooth Shifting is an art, Learn it. 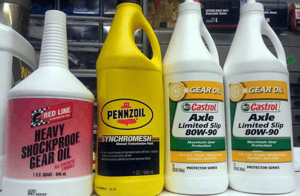 Subaru Transmission Problems | When it comes to fluids for your vehicle, enthusiasts can become very divided.

Everyone will have their go-to brand and type and you can't convince them anything else could be better. There are so many options for fluids, there is no way you could ever try them all.

One very important thing to remember when trying fluids is which ones you mix together. Most oils can be mixed with little to no detrimental effects, but this doesn't mean all.

If you end up mixing the wrong two fluids, you could end up with a corrosive potion that will eat your parts from the inside out. A perfect example of this is something called, "Scotty's Cocktail."

In the early 2000's, the Subaru WRX was becoming a very popular vehicle. A common problem many drivers ran into was crunchy shifts. It came down to a synchro issue inside the transmission and some drivers would encounter this issue in very low mile cars. In the search for a fix, one enthusiast became very creative.

This enthusiast went by the name of Uncle Scotty on the forums. He experimented with mixing different types of transmission fluids together and came across one that seemed to fix his synchromesh issue. Scotty posted his results online and other tried it as well, with mixed results.

The issues really arose several years later. The recipe for the cocktail would get slightly modified as it was passed from forum to forum and even Scotty himself made a few changes. In a worst case scenario, some of these fluid mixes would actually become acidic to the linings of the synchros.

Over time, the shifting would become worse and no amount of fluid mixing could fix it. As time went on, other non-Subaru forums started trying and making their own cocktails. Most of these concoctions don't work any better than straight gear oil though. 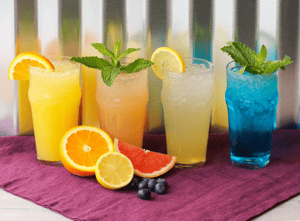 Oil manufactures put millions of dollars into research and development of their products. If it really was a simple as mixing a few oils together to make a superior product, the manufacturers would be modifying their base oils to contain these mixes.

You won't find these custom cocktails on the shelf of the parts store because the manufacturers have already found out they don't work.

The bottom line is that you should not mix fluids together that were not meant to be mixed.

If you are unsure of what is the correct fluid for you and your vehicle, contact your local speed shop. We're here to help you.

Shifting is an art, learn it correctly and your transmission will respect you no matter what you read on the forums.